Just some stuff I really like: Artist Heidi Hinder uses wearable technology to create physical gestures that pay! In her project “money no object” she explores for example the high five, the handshake, the hug or even a tap dance.

Well, among noble men and women it is certainly nothing new that a handshake is something that counts – as it is gesture and emotion enough to imbue a contract with mutually binding authority. But isn’t it great to combine contract, gesture and the transaction itself in a single move?

Valuing the “act” of payment, Hinder’s project which she calls “money no object” has a deeper meaning: We are just leaving behind us an age of bullion or at least of cash, where money was bound to a material standard and hence a (scarce) material resource and moreover something you would keep in hands or pockets and which you needed to bring, collect and physically trans-“act”. With digital currencies on the rise this materiality of money is seemingly vanishing and with it the perceptibility which may be associated with cash-based transactions and which in turn may charge a transaction with values that come from physical presence, sensation and emotion – i.e. the kind of value that “pure money”, to use Simmel’s (1900[2005]) hyperreal concept of money, can neither count nor buy. What, Hinder asks, are we going to value instead? 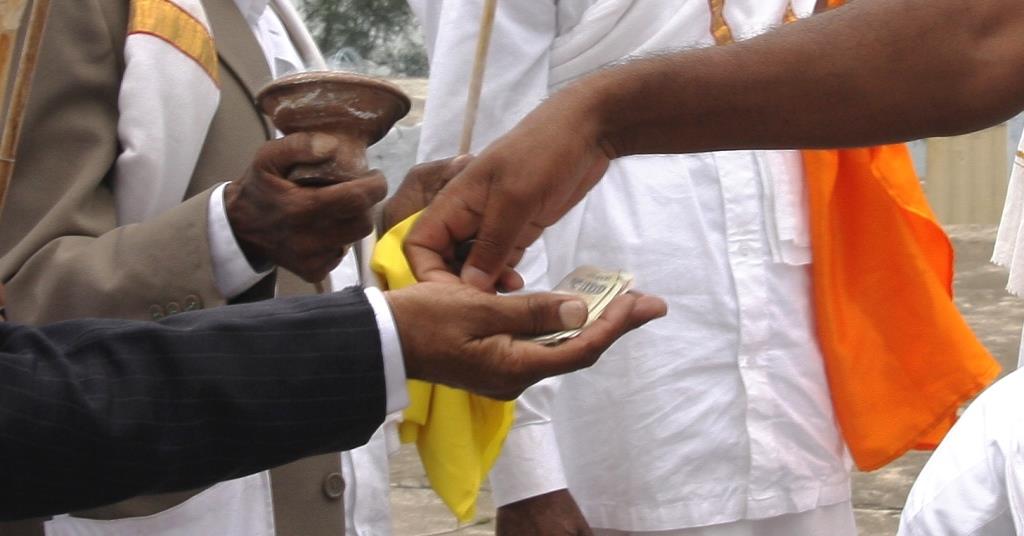 However the move is not at all as radical as it seems. As Hinder’s project shows, there is significance for materiality even when the money you transact is nothing but bytes. In fact there is a whole new range of opportunities for performance and transaction design, depending on the kind of (material) devices that are created for such payment. Imagine whom would you rather hug then pay? With whom would you like to dance? What, however, if you were able to do this at once? Hey, and what about the guy whom you ‘only’ ought to pay? – pay him little more? – using your brand new boxing payment gloves?

Hinder implements her project in the field of donations. No doubt, this is a domain where even small money can become a big gesture and where both can generate value far beyond accountability. The particular case is thus fairly easy to grasp. Starting from there we may think more broadly about payment as valuable act and experience, about the possibilities that the merger of money, materiality and virtuality, technology and human bodies offers, and about the “ecologies” of money and payment (cf. Maurer 2015) which this might help to create. Looking forward to my new golden credit shirt!

Maurer, Bill 2015: How would you like to pay? How technology is changing the future of money. Durham and London: Duke University Press.